No matter the place of the world we choose to go to for a drink, it is becoming more and more common to find, next to the industrial beer supplier, a wide range of craft beers. Some of these bars even experiment with microbrewing, using recipes of their creation, and providing a unique experience to their customers.

The microbreweries boom is growing and gaining popularity. Many people take it as a recreational activity that leads them to acquire kits with everything needed to produce beer at home, and others, with entrepreneurial spirits, venture to start their own microbrewery business.

Here we show you the basics of microbrewing…

Broadly, to produce beer, you need to begin with the malt, which can be obtained from any grain (usually barley or wheat). This “grain” must be germinated for a short period and then dried to remove the germ.

The malt must be macerated at different temperatures to obtain the wort, which must then be filtered, cooked, and fermented with yeast. After leaving it to rest for several days, the resulting substance (your homemade beer) may be bottled and drunk.

*Lager: fermented at lower temperatures, between 10 and 18 °C (10-64 °F). Nowadays, Lagers represent the majority of produced beers, whereas Pilsen (Check Republic) stands out as the most popular. They can be light or dark, and the main difference between Lagers and Ales is the type of yeast used (which also dictates the brewing techniques).

*Lambic: these beers were first made in Brussels (Belgium). They get fermented by using wild yeasts and their flavor is acid and bitter due to the hop (used to avoid excessive bitterness).

*Mixed: these beers are the result of the spontaneous fermentation of Ale and Lager types, in different proportions defined by the brewmaster.

So… What makes craft beers so special?

Both industrial and craft beers have the same base: malt, hop, yeast, and water. The main differences between them are the quality and origin of these ingredients, the formulas created by producers, and the production processes. It is in these details where the mastery and soul of who produces are stamped, giving the beer an identity.

In addition, microbrewers sometimes include native or exotic ingredients that give different nuances to the beer. The possibilities are endless: citrus aromas, hints of chocolate, fruits, rose petals, caramel, pepper, herbs, and so on…

Craft beers are usually not pasteurized, so they are considered a “living product”. On the other hand, they contain less gas than industrial beers, since they only contain the gas produced naturally during fermentation.

Are they here to stay?

The tendency to prefer craft beers is getting stronger and stronger, as the public begins to seek higher quality products. Hence, the number of microbreweries has doubled in the UK since 2008, with an amazing number of 1,490 in total, representing a quarter of all microbreweries across Europe.

In the USA, 8 out of 100 beers are crafted. They are considered pioneers in this area, and could almost be considered responsible for the generalization of this trend, even though the process was slow, with more than 35 years of hard work and perseverance, which has left more than 2,400 breweries.

Thus, to enjoy these amazing beers is no longer a sybarite or extravagant people thing. Craft beers have come to revolutionize a market dominated by industrial products…

So, yes, they are here to stay and we hope they do for a long time. 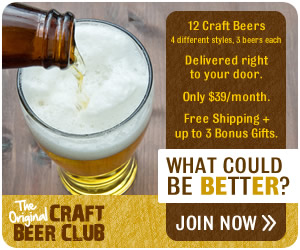 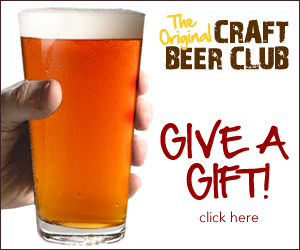